Governments in many places around the world are considering policies that undermine online encryption. We expect our government to protect us, but these policies would instead put everyone’s private data and communications at risk.

I’m sure you’ve heard the argument: “Well, I don’t have anything to hide.” But if we can’t trust the security of our encrypted data, then we can’t trust that it’s safe from anyone — not just our government, but also strangers and even criminals. Sure, you’re probably not hiding any major crimes, but what about your financial information and medical records? Weakening encryption weakens our ability to choose what’s private or not — from everyone.

Share the video below with all of your closest “I don’t have anything to hide-ers” to show them how encryption helps protect their information, and that maybe they do have a thing or two that should stay secret.

Encryption is at the heart of the Internet, and it is essential for our security, our economy, and our freedom. Share now and help us protect it.

Encryption helps secure everything from your financial information to personal emails. See why encryption matters, then help keep it from being weakened.

They are watching you. Find out how, why, and what you can do to take a stand against government surveillance.

A CIA-led team killed Osama Bin Laden at a compound inside Pakistan Sunday and recovered his body, bringing a close to the world's highest-profile manhunt after a decade-long search, President Obama announced to the world Sunday night.

"Justice has been done," the President said solemnly in a hastily-arranged late night TV address from the East Room of the White House. Bin Laden, he said, "murdered thousands of innocent men, women and children" and his death was "the most significant achievement to date" in the U.S. war against the al Qaeda, terrorist network that bin Laden founded, led and inspired.

As described by the President and top administration officials, the successful effort to track down bin Laden centered on a man whom the officials described as a trusted courier for al Qaeda, a protégé of Khalid Sheik Muhammed, the operational mastermind of the Sept. 11 attacks.

CNN reports the mission that killed one of the world's most notorious terrorist leaders was carried out by U.S. forces with the cooperation of Pakistan, U.S. President Barack Obama said Sunday night.

Osama bin Laden, the longtime leader of al Qaeda, was killed by U.S. forces in a mansion about 100 kilometers, or 62 miles, north of the Pakistani capital of Islamabad along with other family members, a senior U.S. official told CNN.

Members of Pakistan's intelligence service, the ISI, were on site in Abbottabad during the operation, a senior Pakistani intelligence official said.

Bin Laden resisted the assault and was killed in a firefight, senior administration officials said.

The Pakistani intelligence official said he did not know who fired the shot that actually killed the terror mastermind. U.S. sources including a senior official and a congressional source familiar with the operation said bin Laden was shot in the head. Three other men were also killed in raid, as was a woman who was being used as a human shield, senior administration officials said.

The U.S. team was at the compound for about 40 minutes, the officials said. There were no casualties on the American side, although a U.S. helicopter crashed during the raid due to mechanical problems. The helicopter was then destroyed for security reasons, senior administration officials said.

A senior administration official told reporters that Obama's administration did not share intelligence gathered beforehand with any other country -- including Pakistan -- for security reasons.

The official said only a small group of people inside the U.S. government knew about this operation ahead of time. Another official said a "small U.S. team" was involved in the operation; but the official would not confirm any U.S. military involvement. 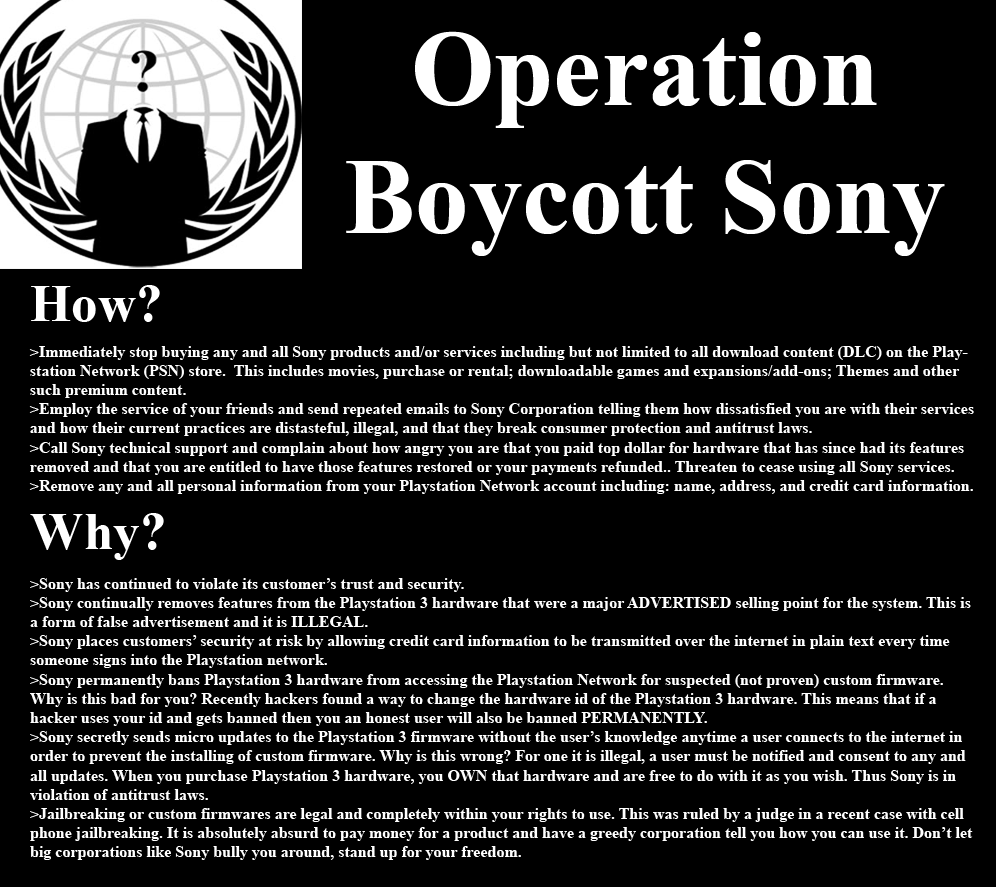 So, some friends up north have to deal with the new UBB (per gb overage plans) and have come up with this 'bypass' to save money:

The internet chapter of the Anti-Counterfeiting Trade Agreement, a secret copyright treaty whose text Obama’s administration refused to disclose due to “national security” concerns, has leaked. It’s bad. It says:

The internet chapter of the Anti-Counterfeiting Trade Agreement, a secret copyright treaty whose text Obama’s administration refused to disclose due to “national security” concerns, has leaked. It’s bad. It says:

* That ISPs have to proactively police copyright on user-contributed material. This means that it will be impossible to run a service like Flickr or YouTube or Blogger, since hiring enough lawyers to ensure that the mountain of material uploaded every second isn’t infringing will exceed any hope of profitability.

* That ISPs have to cut off the Internet access of accused copyright infringers or face liability. This means that your entire family could be denied to the internet — and hence to civic participation, health information, education, communications, and their means of earning a living — if one member is accused of copyright infringement, without access to a trial or counsel.

* That the whole world must adopt US-style “notice-and-takedown” rules that require ISPs to remove any material that is accused — again, without evidence or trial — of infringing copyright. This has proved a disaster in the US and other countries, where it provides an easy means of censoring material, just by accusing it of infringing copyright.

* Mandatory prohibitions on breaking DRM, even if doing so for a lawful purpose (e.g., to make a work available to disabled people; for archival preservation; because you own the copyrighted work that is locked up with DRM)

More details: The ACTA Internet Chapter: Putting the Pieces Together

General discussion of anything relevant to any of us. Current news, tech, weather, and so on will be found here.