Battle Chef Brigade – In the fantasy realm of Victusia, the members of the elite Battle Chef Brigade are revered for their ability to skillfully take down monsters and transform their kills into delicious cuisine. But being a part of the Brigade isn’t easy: Chefs from across Victusia must vie for their spot in a high-stakes competition. Follow two contestants, Mina and Thrash, as their journeys through the tournament unfold. In order to become a Brigadier you’ll need to hunt monsters with combo-based attacks and prepare your freshly caught ingredients in puzzle-based cooking challenges to serve up winning dishes to the judges – all while the round clock ticks down. The Battle Chef Brigade game will be available on Nov. 20.

"KARNOV'S REVENGE" is a fighting game released by Data East in 1994. Thirteen combatants have once again gathered to compete in the Great Grapple. The Weak Point system allows for enjoyable and deep combat.

Antiquia Lost - An authentic RPG of a journey with a girl made of slime! Enjoy fluid 2D turn-based battles!

Antiquia Lost is a fantasy RPG featuring beautiful 2D turn-based battles. Become the master of the battlefield by using the characteristics of the three tribes, Fai, Ruta and Eeth.

The half-slime heroine, Lunaria, eats gems to grow and even mimic monsters' powerful attacks. Customize the heroine as you wish to deal with strong enemies!

The game offers a variety of achievements and elements, from weapon refining to harvesting items! Don't miss out the challenges that await during the quest and on the arenas.

Edelstein, a world inhabited by three tribes, was a site of the Great Battle in the past. Today, the world is at peace due to the three tribes' cooperation. But dark clouds are gathering over the future of the world that everyone thought would go on for ever... It's time for Bine and his friends to discover the truth of the history of the world
(Nintendo eShop on Nintendo Switch

Dead Synchronicity: Tomorrow Comes Today - "Dead Synchronicity: Tomorrow Comes Today" tells the story of Michael, a man with no past, who must recover his identity and decode the two events that brought the world to the edge of collapse. The first one is the so-called "Great Wave," an inexplicable chain of natural disasters. The second is a pandemic that has turned humans into "the Dissolved," infected beings with special cognitive powers whose sick bodies will eventually dissolve into blood. If Michael doesn't hurry, he won't be able to avoid the impending moment of "dead synchronicity" when Time itself starts to dissolve.

As players, you're going to find space-time distortions, concentration camps, supernatural phenomena, gruesome deaths, hard-to-solve puzzles and, all in all, a bloodstained challenge.
(Nintendo eShop on Nintendo Switch) – Available Nov. 21

Ginger: Beyond the Crystal - A world destroyed by a crystal explosion, a mysterious threat hanging over its inhabitants, and a goddess who creates a hero.

This is Ginger: Beyond The Crystal. The towns are devastated and their inhabitants disappeared, but there is still hope. Ginger must reestablish the connection with the goddess by purifying corrupted crystals that have spread throughout the worlds. It won’t be easy; the worlds are full of enemies and traps across 15 different levels. Luckily, you will not be alone. Some characters will give you special abilities that will help you solve puzzles and defeat your enemies. There are three different worlds to discover, each one with its own enemies and incredibly fun bonus levels to test your skills.

Green Game: TimeSwapper - You are a master of time. You can set it to past, present and future.

Use this power to help a mechanical bird complete its extremely important mission of collecting the knowledge about a mysterious green world. This is not an easy task, as the bird moves on its own, and you cannot stop it. Control time to activate and deactivate various mechanisms, to make sure the bird reaches the cage without dying.

The game features fifty carefully designed levels. You will need to make your way through a hostile world - the blades of windmills will slice the bird, pistons shall squash it and spiked gates are going to crush it. Control time to deactivate traps and activate the steam generators that will change your movement direction. Find one of many ways to the end of each level. Plan your route and show your reflex skills to get through the most difficult paths and gather all the gears. 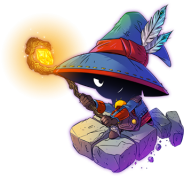 A true love letter to the golden age of gaming!

A modern take on the long-lost isometric platform genre, Lumo can be enjoyed by anyone looking for an absorbing, challenging and rewarding adventure. But for those who lived through the golden age of videogames – the 80s and early 90s – or know about the games and culture from that time, layer upon layer of nods, winks and touches to those times help build upon an experience that’s as heart-warming as it is exciting!

With over 400 rooms across four unique zones, six hidden mini-games and all kinds of secrets to uncover, Lumo is a true voyage of discovery. How much you discover just depends on how hard you look

Witness the rebirth of a genre in Lumo – a classic isometric adventure with a modern twist for gamers young and old alike!
(Nintendo eShop on Nintendo Switch)

Xenoraid is an exciting shooter game with classic action and modern features. Intercept the alien threat in missions that play out differently every time. Pilot skillfully to line up devastating bursts of fire. Switch between four fighters during combat to bring in the best weapons for each situation. Upgrade, repair and enhance your squadron between missions. Bring down huge alien capital ships in hectic bossfights. Put your skills to the ultimate test in three endless survival missions with online leaderboards.
(Nintendo eShop on Nintendo Switch) – Available Nov. 17

For the first time on Nintendo Switch, drive through an authentic world of cars with Gear.Club Unlimited. Get behind the wheel of the most incredible cars from the most prestigious manufacturers.

Race through over 400 challenging races. Learn to master the controls of the world's fastest supercars and collect them in your garage: you can customize and tune them across the numerous workshops, then take them to the race track for the win!

Challenge your friends, competing among up to 4 players on the same screen, or beat their times online.
(Nintendo eShop on Nintendo Switch) – Available Nov. 21

Exclusive to the Ultimate Edition on Nintendo Switch:

Pilot your spider tank as it runs, jumps and shoots its way through hordes of mechanical enemies on land, underwater, in zero gravity and even on a moving train.

RIVE is a modern ode to classic shooters, pumping megapixels at a deliciously smooth 60 frames per second!

RIVE is Two Tribes’ last game ever, so we hope you appreciate this Ultimate Edition as much as we appreciate our loyal Nintendo fans… that’s YOU!
(Nintendo eShop on Nintendo Switch) – Available Nov. 17

Blast your way through insanely spectacular battles in this hard, fast & hilarious action game. Better than ever on Nintendo Switch™!

VVVVVV - Every Section Has an Equal and Opposite Reflection

It’s the game that'll have you walking on the ceiling and looking up at the floor! VVVVVV is a challenging 2D action/platformer with one deceptively simple gameplay mechanic: Without the ability to jump, Captain Viridian must rely on inverting gravity to advance through hundreds of rooms and solve the puzzles he encounters therein.

MXGP3 – The Official Motocross Videogame - Experience all the adrenaline of Motocross with the official Championship’s only videogame! MXGP3 - The Official Motocross Videogame offers the most involving game experience ever, with completely new gameplay. Race on 18 official tracks and in the MXoN with all riders and bikes from the 2016 MXGP and MX2 seasons and be the first to experience the thrill of riding one of the 10 2-strokes available! Render your rider and your bike unique, with more than 300 official components for a complete customisation!
(Nintendo eShop on Nintendo Switch) – Available Nov. 21

Mystery is afoot once again for Kunio and his River City pals! One night, Kunio is attacked by two mysterious individuals. On top of that, Riki's girlfriend has disappeared, and it's up to Kunio to find out the truth! Kunio has just 3 days to unravel the mystery, and he'll need your help to take down all who stand in his way!

Fill-a-Pix is a new picture logic puzzle from the makers of Pic-a-Pix Colour, but with huge, scrollable puzzles up to 100 squares wide, you'll reveal pictures much larger and more detailed than ever before!

The unique Smart Cursor makes playing fluid and satisfying. Options to show where to go next and check your progress so far mean you'll never get stuck.

Often described as a mix of minesweeper and picross, each clue number shows how many squares in a block of nine - the clue itself, plus the eight squares around it - should be filled in black.

You only need to learn this one rule to start playing Fill-a-Pix but to make sure you understand all the techniques, a full interactive tutorial is included!
(Nintendo eShop on Nintendo 3DS)

Gather up to four players for an authentic game of pool right in your own home! Choose from six billiards games, such as 9 Ball, Rotation, and Carom (a game played without pockets). Use Simulation mode to calculate the perfect shot, or select Action mode and check out what went wrong with your missed shots. With all that to choose from, Break In gives players--from beginners to experts--all the elements necessary to enjoy a great game of pool!
(Virtual Console on Wii U)

Salamander - Let nothing stand in your path!

Pilot the Vic Viper through six stages of intense action, alternating between horizontally and vertically scrolling environments, and take on wave after wave of enemies. Destroy particular enemies throughout the game to release power-up capsules and equip your ship with your choice of more powerful weapons, extra speed, and shields.
(Virtual Console on Wii U)

* NO PURCHASE NECESSARY. Void where prohibited. Open to legal residents of the US (incl. DC) and Canada (excluding Quebec), 13 years or older. Promotion begins 9:00 AM PT on 11/01/17 and ends 8:59 AM PT on 11/20/17. To enter, vote for your top 5 Nintendo products as stated in Official Rules. Eight winners will each receive one prize package (ARV US $259.97–496.98). For Official Rules, visit https://happyholidays.nintendo.com/My-Nintendo-Holiday-Sweepstakes-2017/. Sponsor: Nintendo of America Inc.