Nintendo eShop is a cash-based service that features a wide variety of content, including new and classic games, applications and demos. Users can add money to their account balances by using a credit card or purchasing a Nintendo eShop Card at a retail store and entering the code from the card. All funds from one card must be loaded in Nintendo eShop on Nintendo Switch, Wii U or the Nintendo 3DS family of systems, but can be used in any Nintendo eShop if the systems are linked to a single Nintendo Network account.

Flip Wars – This tense multiplayer action game will have you stomping to flip over panels—and unwitting opponents. To win, flip the most panels to your color in local battles*, online** or single-player. The more you flip, the faster you’ll move in a mad dash to nab power ups. Increase your flip range, turn invincible, and more across three modes and 12 arenas.

Sonic Mania – 2D Sonic is back in a new adventure. In a celebration of past and future, play as Sonic, Tails and Knuckles as you race through new Zones and fully re-imagined classics, each filled with exciting surprises and powerful bosses. Go head to-head with players in Competition Mode or play in Co-Op Mode with a friend. Welcome to the next level for the world’s fastest blue hedgehog. Sonic Mania will be available on Aug. 15.

Severed – From the creators of the Guacamelee! Game and inspired by classic dungeon crawlers, Severed puts players in the role of a one-armed warrior named Sasha who wields a living sword on her journey through a nightmarish world in search of her family.

The phantom realm brings arcane hexes into a pulsing neon reality, where demons fight in packs and use every trick they have to break your defense. Throw spells and traps mid-combo, ride the edge of control and chaos in this fresh take on action combat. You are your own worst enemy in Phantom Trigger.
(Nintendo eShop on Nintendo Switch)

Commanders! Take to the battlefield in Ironcast and prepare for turn-based strategy like you’ve never seen before. Every decision you make plays a crucial part in deciding your fate, from collecting resources to choosing your next mission. Control a mechanised war machine and lead your troops to victory through a series of challenging battles, trade assignments and survival missions.

The roguelite style of Ironcast enforces that death is permanent, but rewards are persistent and no two campaigns are the same. With randomly generated missions, over 50 unlockable items and the potential for rare enemy loot drops, commanders will face a new crusade with every play through. With added HD rumble support, taking down the enemy has never felt so good!

Troll and I - Deep in the Nordic wilderness, a teenage boy named Otto is forced to flee his home after a band of brutal hunters rip through his village in search of a mythical creature rumored to inhabit the forest. Now on the run for his life, Otto inadvertently finds and befriends the elusive creature being sought by the hunters. Thus begins the perilous adventure of Troll and Otto.

Together, the unlikely friends embark on a journey through treacherous territory plagued with rivals. Natives to the forest, Troll and Otto must use their inherent skills to sneak, strategize, and battle their way back home. The forest is filled with unknowns, and teamwork is pivotal to staying alive.
(Nintendo eShop on Nintendo Switch) – available Aug. 15

ACA NEOGEO THE King OF Fighters 2000 - Everything begins from "Zer"o. The 20th Century ends with a bang with this Grand Millennium Battle!

Plenty of nostalgic characters from the SNK Universe appear as "another strikers".

Rocket Fist is an arena game with crazy robots in chaotic rocket fist battles. Aim against your frenemies and prove your dexterity by killing each other with rocket propelled fists in this frenetic mix of dodgeball and billiards!

You can hold one Rocket Fist at a time and you only get one shot to throw your punch before having to run, hide and dodge to pick it back up! Just like in dodgeball, but with way more rockets! When you're running away you can ninja dash around the arena, and if you're feeling lucky you can try dash-bumping your friends in their faces to steal their rocket!

Easy to learn, hard to master, Rocket Fist's quick rounds will keep you coming back for more. It's the perfect game to bring out when your friends are over and in need of some explosive action!
(Nintendo eShop on Nintendo Switch)

Rayman, Globox, and the Teensies are off wandering through an enchanted forest when they discover a mysterious tent filled with a series of captivating paintings. As they look more closely, they notice each painting seems to tell the story of a mythical world. While focusing on a painting that shows a medieval land, they are suddenly sucked into the painting, entering the world, and the adventure begins. The gang must run, jump, and fight their way through each world to save the day and discover the secrets of every legendary painting.

MONSTER HUNTER STORIES (Demo Version) – Venture into monster nests to collect eggs and hatch a wide array of species with uniquely powerful skills. Form teams, battle alongside them, crush opponents with combo attacks and ride into the sunset a champion. Need more muscle? Then mix and match genes to create monsters with more abilities.

Elminage Original - The five rings that protect the world have been scattered after five sorceresses attempted to release the Demon King.

They who can find the five rings and restore the barrier on the Dragon's Fang shall be richly rewarded.Today, many adventurers pass through the gates of Trangelda, their true motives hidden within their hearts.

Elminage Original is an atmospheric, dungeon RPG where players assemble a band of adventures and embark to conquer dungeons and recover the rings!

The five rings lie in dungeons across the world throughout temples, caverns and forests, their locations randomly placed when starting a game. Earn Fame by completing events and infuse it into a compass to track where the rings are hidden.

Hordes of monsters lie in wait throughout the dungeons, some of them so huge they cannot fit on the screen. Create powerful adventures and level up to progress deeper into the dungeons and face stronger foes.

Choose from a total of 16 classes of adventurers, including the more unusual "servant" in addition to the traditional fighters, mages and samurai classes. Nine races, gender, age, and nature, parameters allow players to customize their own powerful characters. Learn 72 different spells under the mage, cleric, and alchemy lines and cast unique spells from your very own characters.

Your very own epic adventure awaits you!
(Nintendo eShop on Nintendo 3DS)

SOLDIER BLADE - A brand-new shooter in the "Star Soldier" tradition!

You're an SIA (Special Interception Airforce) pilot flying the heavy assault fighter, "Soldier Blade". Face the Zeograd invasion force with weapon attacks that change each time you grab a power-up item. You can unleash 3 different kinds of attack depending on the color of the power-up item. New features, such as the "Gunbody" option for avoiding enemy attacks and the "Burst Out" system (which has a different effect depending on your power-up level), add a strategic element which requires you to make snap decisions about which items to grab and when to use special attacks. Awesome boss battles await you at the end of each operation! Play in "CHALLENGE" mode and try to get as many points as you can in a limited amount of time. With all these great features, things are sure to heat up!
(Virtual Console for Wii U)

In the 23rd century, invaders from the future suddenly attack Earth. Controlling a fighter created by the world's scientists, you rise to meet the enemy. Collect power-up units, such as LASER, E-BEAM, FIRE, and MISSILE, and then equip them in Options to launch a variety of attacks. For each of these weapons, you can freely select from three different types in SET-UP. Anticipate enemies' strikes and deftly switch between weapons to defeat the invaders! In addition to NORMAL GAME, there are also 2 MINUTE GAME and 5 MINUTE GAME score-attack modes. The most perfect blend and balance of any game in the series, Final Soldier is a title you don't want to miss.
(Virtual Console for Wii U)

Nintendo eShop on Wii U and Nintendo 3DS 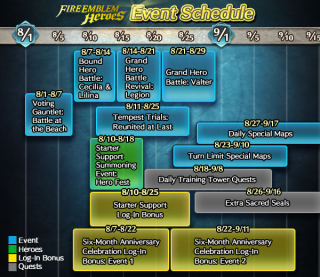