Nintendo eShop is a cash-based service that features a wide variety of content, including new and classic games, applications and demos. Users can add money to their account balances by using a credit card or purchasing a Nintendo eShop Card at a retail store and entering the code from the card. All funds from one card must be loaded in Nintendo eShop on Nintendo Switch, Wii U or the Nintendo 3DS family of systems, but can be used in any Nintendo eShop if the systems are linked to a single Nintendo Network account.

Cars 3: Driven to Win – Start your engines and gear up for the ultimate racing experience in Cars 3: Driven to Win, inspired by Disney Pixar’s upcoming film Cars 3. Train and advance your abilities in six game modes and challenge your family and friends in the Battle Race to become the Ultimate Champion. Cars 3: Driven to Win will be available on June 13.
(Additional accessories may be required for multiplayer mode and are sold separately.)

ACA NEOGEO SHOCK TROOPERS 2nd Squad - Four mercenaries armed to the teeth suit up to put an end to a reckless giant corporation.

"SHOCK TROOPERS 2nd Squad" is a military action game released by SNK in 1998.

Four mercenaries have risen up to thwart the ambitions of a massive corporation. In addition to a main attack, weapon, and jump abilities, vehicles have also been added to the gameplay, which together with branching paths give the player the ultimate freedom in choosing how they will take on stages.

Shantae: Half-Genie Hero - Shantae embarks on her first full HD adventure! When a mysterious crime wave sweeps Sequin Land, it's up to Half-Genie Hero Shantae to save the day! Use Shantae's devastating Hair-Whip Attack to send monsters flying, or Belly Dance to transform into a more powerful creature form! Topple the masterminds behind each criminal caper and prepare for the ultimate showdown against Shantae's arch nemesis: the bodacious buccaneer Risky Boots!

Nintendo eShop on Wii U

Play with over 20 customizable characters including Lightning McQueen, Jackson Storm, Cruz Ramirez and the next generation of racers in over 20 tracks set in iconic locations from the film such as Radiator Springs. Train and advance your abilities in 6 game modes and challenge your family and friends in the Battle Race to become the Ultimate Champion. On the road to becoming a Hall of Fame Driver, training and skill will give you an edge in a race that anyone can win.
(Nintendo eShop on Wii U) – Available June 13

With only one button to jump, you must help Cubit to go from platform to platform, while you avoid obstacles and enemies through the different scenes of the game.

Will you reach the end?
(Nintendo eShop on Wii U)

Alien Crush – Alien Crush is a pinball game that features realistic pinball action and superb “biomechanical” graphics. Complete with a function to nudge the machine, this TurboGrafx-16 game feels like you’re playing on a real pinball machine! Extra balls and bonus points are your keys to getting high scores.

Neutopia II – Experience improved graphics and controls in this exciting TurboGrafx-16 sequel to the original action RPG. Once again you’ll need to rely on your magic compass and the information you’ve gathered to find entrances to labyrinths and defeat the bosses in them. Make your way through the field to search for and find hidden information and items, or move blocks and destroy walls to uncover secret rooms.

You can post the animation you made on the internet and show it to your friends.

Since the movement of a character can be reused as an object.

When making the next story, animation can be made quicker and easier. 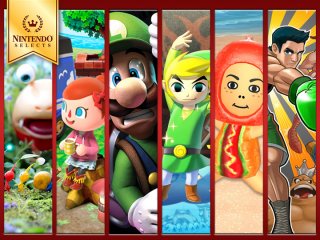 To learn more about these and other great My Nintendo rewards, head over to https://my.nintendo.com/. 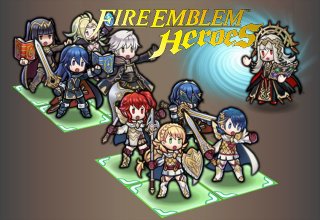