REDMOND, Wash., May 23, 2017 – With universally loved franchises like Super Mario, Mario Kart and The Legend of Zelda, Nintendo has been a staple in many families’ lives for decades. Now with games like Splatoon 2 and ARMS, fun new memories can be created this summer. As part of its 2017 Summer of Play tour, Nintendo is taking its Nintendo Switch and Nintendo 3DS family of systems across the country so families everywhere can experience the latest installments in these beloved franchises firsthand. From the critically acclaimed The Legend of Zelda: Breath of the Wild to games like that offer social competitive fun like ARMS, Splatoon 2 and Mario Kart 8 Deluxe for Nintendo Switch, the 2017 Summer of Play tour is the perfect destination for kids and parents alike. In addition to getting hands-on time with Nintendo’s popular Nintendo Switch console, visitors of the tour will be able to try out Nintendo’s latest hand-held, the New Nintendo 2DS XL system, as well as the upcoming Hey! PIKMIN and Miitopia games for the Nintendo 3DS family of systems.

“For families looking to purchase Nintendo Switch or a new handheld in the Nintendo 3DS family of systems, the Summer of Play tour is the perfect opportunity to give these popular systems a try,” said Doug Bowser, Nintendo of America’s Senior Vice President of Sales and Marketing. “And since each stop is filled with familiar Nintendo characters and camera-ready visuals, the tour is a great place to spend a summer afternoon, take photos and create long-lasting memories with everyone in the family.”

The Summer of Play tour will visit the following locations: 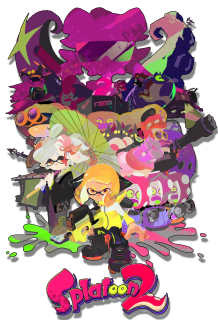 Each one of these stops will feature a veritable Nintendo playground of fun activities to enjoy. In addition to snapping photos in front of the colorful visuals full of recognizable Nintendo characters like Mario and the Inklings from the Splatoon series, families will be able to play Nintendo games together, choosing from a wide variety of Nintendo Switch and Nintendo 3DS games. People who pre-order or purchase select Nintendo games at participating GameStop locations near the 2017 Summer of Play tour stops will receive a Nintendo branded PopSocket mobile accessory device (limited quantity; while supplies last).

Nintendo Switch games scheduled to appear on the tour include: 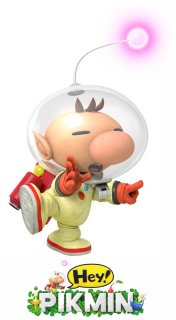 Nintendo 3DS games scheduled to appear on the tour include:

On top of all the fun and games, My Nintendo members who check in with their My Nintendo QR Code will also be able to receive a free gift item (while supplies last). For more information, visit https://my.nintendo.com/news.

For additional details about the Summer of Play tour, including specific times and locations, visit http://www.nintendo.com/events.