REDMOND, Wash., Dec. 9, 2015 – Mercedes-Benz has created an original Super Mario Maker Event Course that will be delivered with a special costume for players to unlock at no additional charge. The course, called Mercedes-Benz Jump’n’Drive, arrives today and includes an unlockable Mercedes-Benz GLA costume that shows Mario in the driver’s seat. Once players unlock it by completing the level, they can add it to their collection of Mystery Mushroom costumes.

“Super Mario Maker continues to grow and evolve with new courses and content,” said Scott Moffitt, Nintendo of America’s Executive Vice President of Sales & Marketing. “It’s great that a luxury car brand like Mercedes-Benz recognizes the ability to create fun courses and share them with others.” 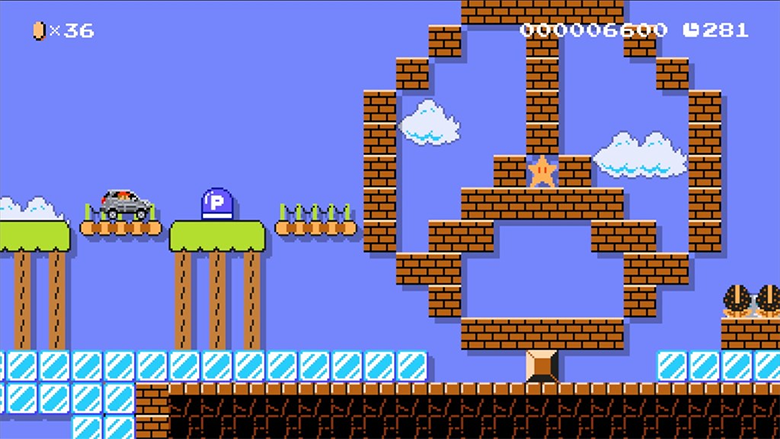 This special content marks the second time that Mercedes-Benz has made fun additions to a Nintendo game: The GLA is one of multiple free downloadable vehicles in Mario Kart 8. The new Super Mario Maker Event Course was created by Mario fans at Mercedes-Benz who were inspired by the GLA’s appearance in Mario Kart 8 and wanted to build a level with Mario taking the GLA on a road trip. The Mercedes-Benz Event Course takes players through a variety of automotive-related areas, including being at the dealership, taking a test drive through a city and eventually cruising down the autobahn. And as with any good Mario level, some surprises wait to be discovered.

“We are delighted to once again be represented in a blockbuster game like Super Mario Maker,” says Dr. Jens Thiemer, Vice President Marketing Mercedes-Benz cars. “Mercedes-Benz and Super Mario have a lot in common. Above all, they share the same vision: to inspire their customers and fans.” 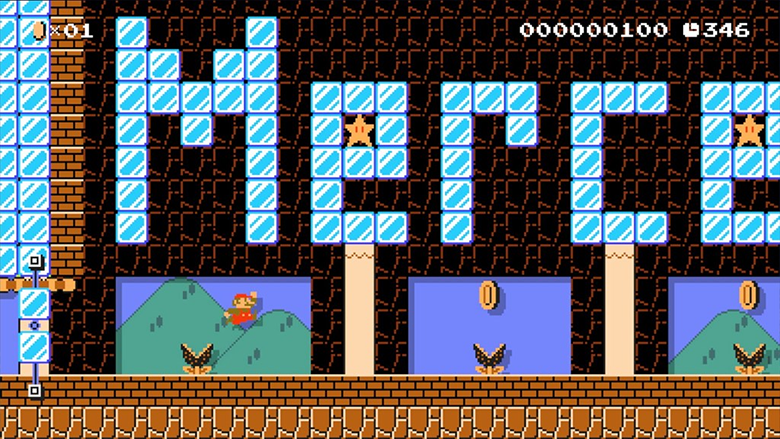 The Super Mario Maker game lets players create, play and share their own Mario courses using a wide array of enemies, objects and power-ups. Millions of courses have been uploaded for people to play, many using elements of the Mushroom Kingdom in ways never before encountered. Nintendo also has previously added a course designed by Facebook, the course featured in the final round of the 2015 PAX Prime Omegathon and other courses designed by Nintendo.

The Mercedes-Benz Jump’n’Drive level is available in the “Event Courses” section of Super Mario Maker, which showcases special levels presented by Nintendo and partners. The level from Mercedes-Benz, the game’s exclusive automotive partner, can be downloaded for free by everyone who owns the game.