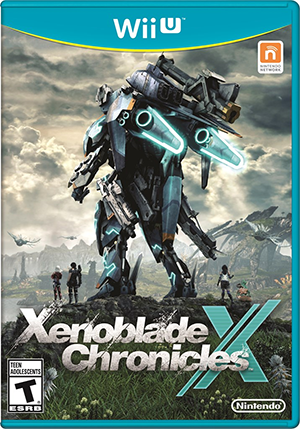 REDMOND, Wash., Dec. 3, 2015 – Fans of RPGs, grand adventures and all things sci-fi are in for an early holiday treat when the Xenoblade Chronicles X game launches exclusively for the Wii U console on Dec. 4. The enormous game finds players exploring the planet Mira on a mission to rebuild humanity. The game is absolutely mammoth, featuring a gorgeous, seamless open world that lets players visit any location they see. Using a deep, highly customizable battle system, players can choose from a variety of special attacks and skills to take down enemies of all shapes and sizes – some as tall as skyscrapers! By earning a special license in the game, players can even pilot giant armed mechs to fly around the planet and engage with the toughest of enemies.

“Xenoblade Chronicles X appeals to any gamer who loves epic stories combined with beautiful visuals,” said Scott Moffitt, Nintendo of America’s Executive Vice President of Sales & Marketing. “The game is a must-play for any Nintendo fan.”

In the year 2054, Earth has been destroyed and the remaining humans face annihilation from an intergalactic war between two alien races. Xenoblade Chronicles X follows the story of the survivors from Earth on the mysterious planet of Mira. Players step into the role of a main character that can be customized with features like gender, facial components, clothes and hair. As players journey through the game, they will meet a large cast of engaging characters, some that will even join their party.

Mira itself is a vast world, composed of five massive continents, each with its own unique flora, fauna and weather. Players move seamlessly between these continents, with no loading times for the majority of travel in the game. Being able to travel to any location seen in the distance adds to the majesty and scope of the game. As the center of human activity on Mira, New Los Angeles (NLA) is a large city composed of four distinct districts. Here, players can buy weapons, develop equipment or visit cafés. The many citizens of NLA will even ask players to complete numerous quests, rewarding success with money, items and experience points.

Xenoblade Chronicles X features a fast-paced, robust battle system that occurs in real time. While battling, players can freely move around to gain a tactical advantage, as well as use a wide variety of customizable special attacks and skills. These attacks can even be chained together to deal massive damage. At one point in the game, players will earn a license to pilot huge armed mechs. These mechs – or “Skells,” as they are referred to in the game – allow the player to fly quickly around the planet or battle powerful enemies. Like the main character, these Skells can also be customized, letting the player personalize things like weapon loadout and color.

As players defeat enemies, discover new locations and complete quests, they will earn both experience points and in-game currency. While in-game currency can be used to obtain equipment and items, experience points are used to level up party members and increase their skills in a variety of areas. These skills will vary, depending on the “Class” of each character. For example, the Shield Trooper Class specializes in defense, while the Samurai Gunner Class excels in dealing damage and using longswords. In addition to upgrading skills, characters can equip gear, ranging from high-tech weapons to body armor. Each piece of gear will look different depending on whichever character is wearing it.

For players who want to take on the game’s challenges with friends, Xenoblade Chronicles X offers an online multiplayer experience called Blade Network. When connected using an Internet connection, players can join online squads. These squads will allow players to embark on multiplayer-specific missions, trade loot and share information with each other. Players can also recruit other players’ avatars into their team in the form of the Scout system. 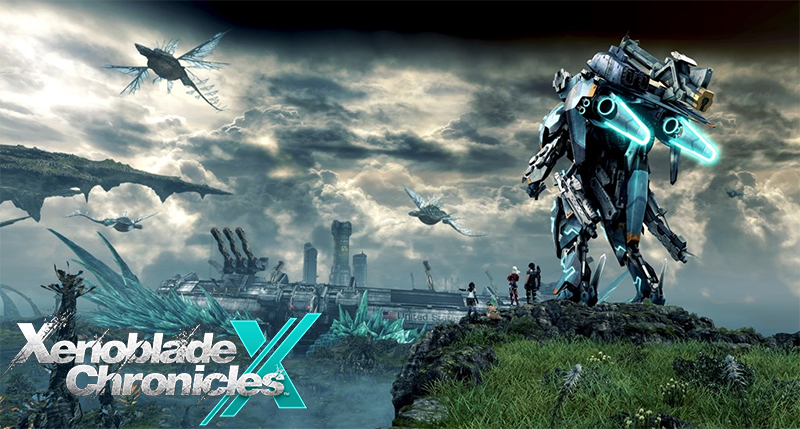 To fully enjoy the physical (disc-based) version of the game, players can download four free and optional High Speed Data Packs in the Nintendo eShop on Wii U to help with the game’s performance. The Basic Data Pack is the most effective of the four and speeds up load times for elements of the massive open game world. The Enemy Data Pack loads enemy data even faster, the Player Data Pack accelerates armor load times when changing equipment in shops and the Skell Data Pack loads Skells faster when players are out in the field. The physical game launches for Wii U in stores on Dec. 4 at a suggested retail price of $59.99. Players that want to get a head start can download the Data Packs from the Nintendo eShop now, but won’t be able to use them until the game launches. An external USB hard drive may be required to download these packs from the Nintendo eShop. To learn more about storage options, visit https://support.nintendo.com. The digital version of the game in the Nintendo eShop and the version purchased on the website will come with the Data Packs built in.

Also launching on Dec. 4 is the Xenoblade Chronicles X Special Edition, which includes the game, an art book, a USB drive pre-loaded with a selection of 10 music tracks from the game and a limited-edition art card, all in a specially designed package at a suggested retail price of $89.99.