- The Nintendo eShop is a cash-based service and features games, applications and videos in both 2D and 3D. Users can add money to their virtual wallets using a credit card or by purchasing a Nintendo 3DS Prepaid Card at a retail store and entering the code from the card.

A sticky situation has never been so fun! There's trouble afoot in the town of Decalburg, where the devious Bowser has disrupted the beloved Sticker Fest by causing the Sticker Comet to explode. Now Royal Stickers and pieces of the comet have been flung far and wide, and it's up to Mario and his ally Kersti to set things right by recovering them. This captivating hand-held Adventure will have new and experienced fans of the Paper Mario series captivated as they navigate colorful 3D environments, defeat enemies, collect oodles of stickers and items and use them in a variety of fun ways.

Paper Mario: Sticker Star will be available at retail stores and in the Nintendo eShop on Nov. 11.
(For Nintendo 3DS™)

Pokédex™ 3D Pro – The Pokédex 3D Pro application is an upgraded version of the original Pokédex 3D application, exclusively available in the Nintendo eShop for $14.99.

The Pokédex 3D Pro application includes detailed information about more than 640 Pokémon from the Pokémon video game series. The Pokédex 3D Pro application also includes in-depth sorting, comparison and ranking tools, as well as comprehensive details about the moves each Pokémon can learn, and how and when each Pokémon evolves. Additionally, the application features augmented-reality capabilities, including the ability to take photos of Pokémon in the real world.
(For Nintendo 3DS) 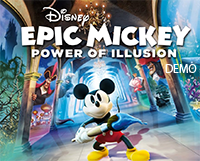 In Disney Epic Mickey: Power Of Illusion, gamers will play as Mickey Mouse as he infiltrates the Castle of Illusion on a quest to put an end to the evil witch Mizrabel's diabolical intentions.

Disney Epic Mickey: Power Of Illusion offers a special drawing and painting function that will allow players to create an interactive world by using the stylus to draw objects in the bottom screen that magically transform into classic Disney-style 2D illustrations. Utilizing the game’s unparalleled dual screen integration, players will then move their creations to the top screen where they are further transformed into beautiful, fully realized objects that pop off the screen in stunning 3D.

Players will utilize the core “Disney Epic Mickey” gameplay mechanic of paint and thinner while playing as Mickey Mouse in an attempt to save classic Disney Toon characters.

Players will adventure through game levels based on animated Disney films such as Peter Pan and Aladdin, as well as interact with beloved Disney characters.

Download the demo now in the Nintendo eShop.
(For Nintendo 3DS)

Johnny HotShot™ is an arcade action game unlike any other. After being warped into the world of one of Johnny’s favorite arcade games, Cowboy Hotshot, Johnny must take on the role of sheriff and purge the town of the bandits led by Mr. Wang. Players test their reaction skills in the Shooting Gallery, unleash justice upon bandits in the Saloon Shootout and master the art of Lassoing bandits in Catch ‘Em All.

Will Johnny ever make it back to his own world? Why is Mr. Wang in the Cowboy Hotshot arcade machine? Do these questions even matter?

Justice shall prevail.
(For Nintendo 3DS)

Make a little witch and design her outfit in the dressing room. When you finish, get ready to set off on an adventure as your character flies away on her broomstick to a peaceful world inhabited by fantasy characters.

The more you play, the more rewards and gifts you'll receive. You'll also earn more items of clothing to dress your little witches in.
(For Nintendo 3DS)

The 2012 Presidential Games – Genre: Animation
Studio: NMA
Tired of the same old election coverage? Then don't miss our special report on the race. Presidential candidates compete for your vote in 3D, only on Nintendo Video. 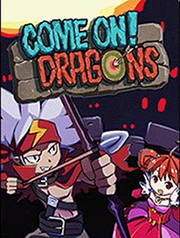 Come On! Dragons - As the most skilled protector of the kingdom, you must strike back against the invaders with your masterful archery skills. With enemies appearing everywhere, how can you possibly defeat them with a single bow?

The engineers have invented various types of traps. Use them wisely to mount defensive lines, and defeat the evil dragons.

This time on Smart Girl’s Playhouse® Mini, little gamers will be delighted by the new graphics and games rebuilt from the ground up.

Choose from six fun games and activities such as Drawing, Find Differences and Dress-Up. These wholesome games will bring out kids’ talents and keep them occupied for hours.

This title aims to give children and parents a game that is fun for every member of the family.
(For Nintendo 3DS and Nintendo DSi) 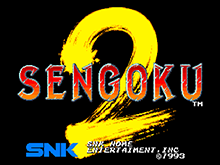 SENGOKU 2 - Originally released in 1993, Sengoku 2 is a belt-scrolling beat-'em-up game.

The characters are warriors who have been summoned by a sorceress princess to take down a dark lord while battling through various epochs. As in the previous version, you can transform your characters, but unlike its predecessor, you don't have to save your ally to be able to transform into them, but rather you can change among the Ninja, Tengu and Ninja Dog freely right from the beginning.

Furthermore, one of the new elements to this version is the incorporation of build up attacks and defense, giving a more tactical twist to this action brawler.
(For Nintendo Wii™)